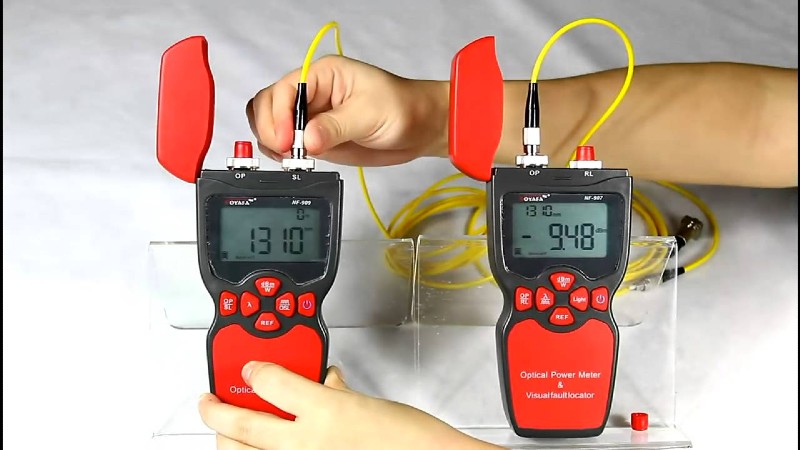 What Factors Should Be Considered When Selecting Fibre Optic Visual Fault Locators?

Many of the issues encountered when connecting fibre optic networks are connected to making suitable connections. The system transmitter light cannot be seen because the light utilised in systems is invisible infrared light (IR) that is beyond the range of the human eye.

By infusing light from a visible source, the fibre may be visually traced from transmitter to receiver to confirm proper orientation and continuity.

Sharp bends, breaks, bad couplings, and other flaws will “leak” the light, allowing professionals to detect the flaws visually.

How should a fibre optic visual fault finder be used?

A visual fault locator emits a powerful beam of red light that may be seen from a long distance. Connect it to one end of a fibre and then find that fibre at the other end, even whether it’s one of many fibres in a cable or terminated in a rack.

Simple end-to-end continuity checks should be performed. Check the polarity and orientation of fibres within a multi-fiber connector such as the MT-RJ.

The built-in universal 2.5mm adaptor allows for simple connection to SC, ST, FC, and FJ connectors. Connection to LC and MU connections is possible with the optional 1.25mm adaptor.

The fibre distance specification specifies the longest fibre length at which the leakage light may be seen without difficulty. The laser light power determines this spec. The industry standard specification for multimode fibres is 10km, whereas for single mode fibres it is 5km. The FS high power 30mW fibre optic fault locator has a dynamic range of up to 15km.

Output power is a crucial specification for visible fault indicators. Some may wonder how much power I require. The crucial point is that the higher the output power, the longer the fibre distance it can handle. This specification is typically 0.5mW connected to single mode fibres and 2mW to free space (no fibre coupling, just the light output from the tester’s connection adaptor).

Frequency of modulation (CW and 2Hz)

Human eyes are far more sensitive to blinking light than they are to constant light. As a result, visual fault locators are available in two operating modes: continuous wave and pulse light. Most fibre optic installation professionals choose the pulse light mode, which turns the laser source on and off at a frequency of 2Hz or 1Hz.

Wavelength is not a crucial specification. 635nm, 650nm, and 670nm are all valid wavelengths.